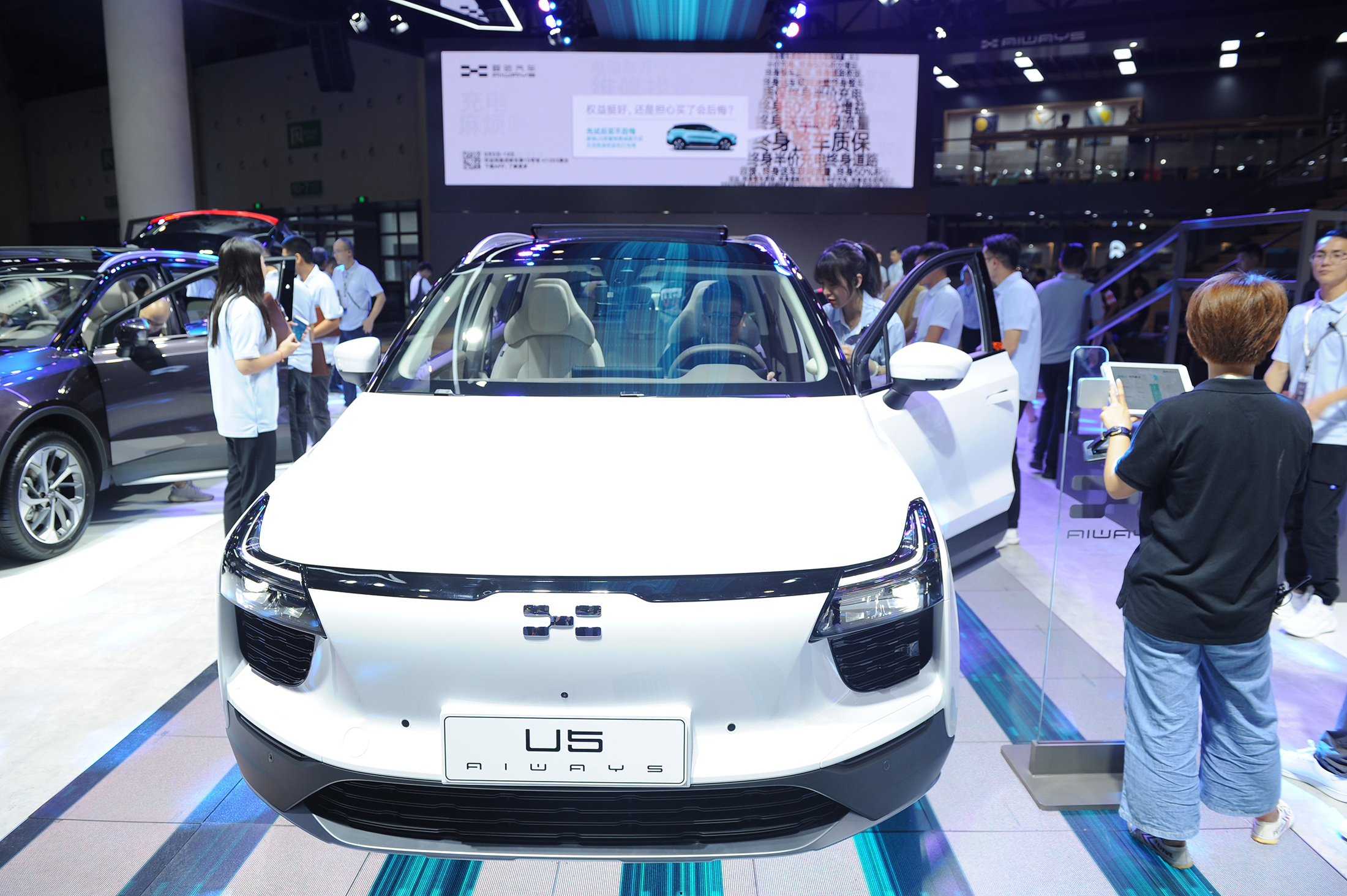 A $28,000 sport utility vehicle looks set to become the first Chinese entrant in Europe’s electric-car market, betting its competitive price will help draw customers away from the likes of Volkswagen AG and Tesla Inc. Shanghai-based automaker Aiways has secured the required permits and certifications for a Europe launch, and plans to start sales in the second quarter of next year, co-founder Fu Qiang said in an interview. The upstart will first start selling the vehicle, called U5, in China this month. While the European variant will be adapted to local tastes and regulatory requirements, Aiways could have a tough time winning over buyers in a market dominated by local, U.S. and Japanese brands for decades. The debut will be watched closely by dozens of other Chinese electric-vehicle makers with global ambitions. “I believe we will be the first,” Fu said in Shanghai. Others “are still in the preparation period” or even further away with their plans, he said.

A successful domestic launch by the less-than-three-year-old company would defy rapidly souring demand trends in the broader Chinese EV market. The industry’s sales have fallen for three straight months through September, as the government — after spending billions of yuan to nurture the industry — scaled back subsidies this year.

Penetrating the European market would mark an historic shift in its own right. European brands’ sales in China have for many years underpinned much of the continent’s manufacturing strength, and countries like Germany are ramping up efforts to support their own expensive shift toward EVs as global competition picks up.

Convincing European customers that a Chinese car can meet their expectations is one of Fu’s main challenges. Failures by other Chinese companies have left consumers with a poor image of the country’s products, he said. At the same time, he’s hopeful that more recent successes by Chinese consumer-goods and mobile-phone producers might have built up trust.

In Europe, the company will try to reach consumers through pop-up stores, leasing offers, and various local partners, with Norway, the Netherlands and Germany among the key targets, according to Fu. The planned starting price for the most basic version is about 25,000 euros ($28,000), which could give Aiways an edge.

While small electric cars from Volkswagen and its competitors start from less than 30,000 euros, electric SUVs easily go for twice that or more. Tesla’s Model X SUV can cost more than 100,000 euros in Europe.

If Aiways is successful, it will in part be because of its use of German know-how. Since the beginning, Fu has worked closely with his German business partner Roland Gumpert, a former Audi engineer and car-industry veteran, and their joint venture Gumpert Aiways now acts as the Chinese company’s Ingolstadt-based R&D center.

“Even though most of our engineers are Chinese, we say we are a company based on German technology,” Fu said.